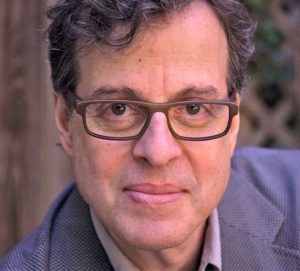 I am known in APA for challenging the status quo and helping the association to address difficult issues and move forward. I am proud that APA stood up for what is right in the interrogations issue.

Membership is dropping because the new generation of psychologists sees APA as out of touch with its values and experiences.

APA has treated this as a marketing problem, asking how do we “deliver value” to young psychologists. We should be asking, what values are we modeling for this generation? Better yet, what values could this new, diverse and politically savvy generation of psychologists bring to APA? How will we empower them to do what we set out to do; use psychological knowledge, teaching, research and practice to change their communities and the world for the better?

Joining APA used to be a rite of passage, handed down to us by our professors. Today, membership is dropping at an alarming rate among teachers, and at an even greater rate among student affiliates. Yet there are more psychology graduate students than ever and these students are five times as likely to be from diverse backgrounds as our current members – they are undoubtedly the future of psychology. The question is can APA be a part of that future?

This young, diverse generation of psychologists is keenly aware of the effects of social injustice and economic inequality and many aspire to use their psychological knowledge and skills to promote social change. But so many of them carry record-breaking debt, that it is difficult for them to take the risks required to think big and do good.

My primary goal as President will be to work with the new generation of psychologists to develop the mechanisms of change. What will it take to transform our culture to really hear ECPs and minority psychologists? Can we press certified training programs to improve students’ debt load and career prospects? How do we establish fair reimbursements for panel psychologists, and out of network coverage in Affordable Care Act policies? Can we require, rather than encourage, representation from these groups at every level of APA governance? Can we give student affiliates full discounted membership and a vote – so they are really empowered, feel real buy-in and remain in the organization?

As President I will establish an initiative called Alternatives at APA. The goal is to invite young and diverse psychologists inside and outside APA – whose views are too often overlooked or marginalized – to address the issues they care about. Then, together, we can use APA’s extensive resources to really make a difference.

In addition, I will focus on these pressing concerns:

1. Navigating our ethics, culture, principles and reputation in the aftermath of the Hoffman Report. APA needs a president who can reassure the membership that APA has taken to heart the lessons of the Independent Review and that our Council and Board have risen to its challenges. Not only did we pass policy that ensures psychologists will never again collaborate in abusive interrogations, but we are rewriting the Association’s strategic plan to reset our moral compass and prioritize human rights in all of our policies and public statements. Having worked outside the APA, as a critic of APA’s interrogation policy, and now inside the APA, as a member of both APA’s Council and its Ethics Commission, I can speak knowledgeably about the new direction APA is taking and provide a trusted voice to assure the membership, the public and the international community of APA’s renewed commitment to transparency, ethics and human rights.

2. Promoting psychological practice in a manner that respects and integrates science and the collective wisdom of experience. At their best, psychologists who employ scientific rigor and those who draw on the expertise of practitioners both engage a spirit of free inquiry. Practitioners generate exciting ideas, but the tools of science are needed to winnow true from false beliefs, leading to an improved knowledge base. Researchers need the experience of skilled practitioners to turn research into practical knowledge. As APA President I will work with APA’s Practice Organization to support efforts to bridge the scientific and practitioner communities by bringing representatives together to learn from and aid the other. I will propose a program of “Research-based practice; practice-based research” to engender needed dialog and collaboration. In the process, we must ensure that both communities remain committed to furthering the core values of our field, respect for human welfare and human rights.

3. Finding our place within the international community of psychologists. I’ve worked with psychologists from the United Nations and NGOs on five continents, addressing issues of trauma, political violence and natural disaster and learning from our international colleagues.  Like politics, all psychology is local, and so large organizations gain much from listening to small communities worldwide.  As President, I would work with leaders of psychological associations throughout the world to establish an annual meeting, where representatives from international psychology organizations would come together to share knowledge, research and experience in order that we might address transnational issues affecting mental health and well-being, including the international refugee crisis, natural disasters and climate change.

Wouldn’t it be extraordinary if the current membership of psychologists could pass on our wisdom, resources and experience to a younger generation, ready to apply psychological knowledge, skills, research and science in ways we cannot imagine? I believe that, having learned the lessons from our recent crisis, we can now rededicate ourselves to using psychology for the public good. Together, we can give voice to the struggles and aspirations of our students, ECPs, faculty and researchers, and empower diverse psychologists who strive to promote mental health and social change. I ask for your vote, so that we can once again create an American Psychological Association that young psychologists will join as a rite of passage.

Background: My parents were refugees who fled war, injustice and bigotry. I grew up listening to stories, both heroic and tragic, and asked myself: What can I learn from such experiences? So I became a psychologist – to understand people’s behavior under duress, help those who suffer, and use our knowledge to help make the world a better, more just and compassionate place. For me, psychology is both a profession and a calling.

Clinical and Consulting: After training in various urban hospitals, I became Chief Psychologist at New York’s Regent Hospital, developing an expertise in the effects of abuse, trauma and violence. Now, in addition to private practice, I consult internationally. I’ve worked with the International Criminal Court, United Nations Critical Incident/Disaster Unit, US State Department, and International Organization of Migrations on projects in Iraq, Sierra Leone, Haiti, Kosovo, and elsewhere. This year I was part of an expert consultation, organized by the United Nations Special Rapporteur on Torture, on ‘Interrogations, Investigations, and Custody Practices.’ On September 11th 2001, I helped organize the Family Resource Center at St Vincent’s Hospital in downtown New York City.

My greatest challenge as a psychologist came when I saw APA unable to recognize that psychologists working in settings without human rights protections were participating in abuse. I was privileged to work with a small group of dedicated psychologists whose diligence, fortitude and perseverance did not waver in the face of ridicule and challenges from all sides. After a ten-year struggle our goal was realized: APA changed its policy. Psychologists left sites such as Guantanamo. For much of that effort, I worked from outside APA. Now, as Council Representative and member of the Special Ethics Commission, I work from within. I believe that my unique perspective, from being on both sides of the fence will be a great asset to APA leadership.

In 2010, I received the New York State Psychological Association’s Beacon Award – “presented to a psychologist whose leadership or advocacy has established a guiding light for the profession of psychology.” As APA President I want the public to see psychology itself as a guiding light for human welfare, social justice and public good.

Do NOT follow this link or you will be banned from the site!